To share your memory on the wall of Roger Cross, sign in using one of the following options:

Upon his return, Roger married his high school sweetheart. Throughout their fifty-one year marriage, Roger always referred to Sandra as “my bride” or “my angel.” Roger worked primarily in the printing business, eventually building the Post Printing building, later the Guaranteed Screen Printing business, located at 1020 Schoenhaar Drive.

Roger carried his commitment to the Marines in his heart throughout his life. He served as the paymaster for the Kettle Moraine Detachment of the Marine Corps League, and was Chairman of the Board for the Washington County Veterans Service Commission. His passion was to ensure that veterans were aware of the benefits to which they were entitled. Roger felt that the Kettle Moraine Detachment should have its own meeting place. After several years of work fundraising and seeking a location, he established a storefront room at 806 Main Street in West Bend for the league to meet. The location is named L Z (Landing Zone) Marine. One of Roger’s greatest honors was to serve as honor guard at Marine funerals.

Roger was passionate about guns and gun safety. He was a respected gunsmith. He taught gun safety programs, concealed carry, and served on the board of the Saukville Gun Club. Roger coached teens who compete nationally with the Scholastic Rifle and Pistol Club. He fundraised thousands of dollars to build a gun range behind the gun club for the youth to practice. Rick Leach fired the first shot at the range in Roger’s memory. Roger loved to skeet shoot with his son, Tony. He was adamant about the correct use of, and respect for, firearms.

When a new activity intrigued Roger, he rushed in headlong. Through the years his hobbies included photography, camping, water skiing, powerboat racing, fishing and ice fishing, snowmobiling, deer and turkey hunting. An interest in outboard motor repair led to his own business, Cedar Marine Service, for a time. Roger and Sandra owned homes on lakes much of their married lives. Roger appreciated interesting cars, and purchased a number through the years. His red pickup truck, customized with Marine decals, always commanded respect.

Roger was a fascinating merger of seriousness and playfulness. He had a strong sense of moral right and wrong in the eyes of God, and from the Marine training that remained within him throughout life. At the same time, he often had a great sense of humor and perspective and loved to create innocent mischief.

Roger pursued God. The prayers of his sister, Dorothy, were answered when Roger and Sandra committed their lives to the Lord. Roger served as the leader of Royal Rangers, the boys’ program at his church, for years. He participated in, and lead, Bible studies. He served as an elder in the church. Roger and Sandra participated in drama and choir. They traveled to Moldova and to a remote village on Lake Victoria, Africa to work on mission construction projects. On the last morning of his life a friend, inspired by the hymn “Great is Thy Faithfulness” called Roger to remind him that he had indeed lived a life of faith before God. There is no greater tribute. The last stanza of the Marine Hymn states: “If the Army and the Navy/Ever look on heaven’s scenes/They will find the streets are guarded/By United States Marines.”

Funeral services will be held at Phillip Funeral Home, 1420 West Paradise Drive, West Bend, on Saturday, May 30. Visitation, limited to 35 guests at a time, will take place from 10:30 until 12:15. The family service will follow at 12:30. Friends may view the service live on Portview Church’s Facebook page (https://www.facebook.com/PortviewChurch/) either at home or from their car in the parking lot of the funeral home. Military honors will follow the service, outside the funeral home. They may be viewed in person as long as social distancing is observed, or from home on the podcast. Roger will be buried at the Central Wisconsin Veterans Memorial Cemetery the following day.
Read Less

To send flowers to the family or plant a tree in memory of Roger A. Cross, please visit our Heartfelt Sympathies Store.

Receive notifications about information and event scheduling for Roger

We encourage you to share your most beloved memories of Roger here, so that the family and other loved ones can always see it. You can upload cherished photographs, or share your favorite stories, and can even comment on those shared by others.

Erik and Lisa Hagen, SASP & SCTP, and other have sent flowers to the family of Roger A. Cross.
Show you care by sending flowers

Posted May 30, 2020 at 12:45pm
Thinking of you with deepest sympathy. Love, Erik and Lisa & family, Dianne, Paul and Janice, Lavonne and Wilma and Larry

Erik and Lisa Hagen purchased flowers and planted a memorial tree for the family of Roger Cross. Send Flowers

Posted May 30, 2020 at 11:47am
Sandy and family,
I was deeply saddened to hear today of the passing of Roger. My heart aches for all of you - especially dear Sandy. Roger was a special and friendly guy and I'm sure a great husband, father, and grandfather. He always had a hug for me when I saw him ( which was mostly when extended family got together over the years). I remember when I visited West Bend back in my college days around January 1996 and one time we were walking across the ice on the lake and the ice broke and he went in above his waist - and i pulled him out. Just a memory I had - how that scared us both at the time. I loved that Roger was an easy going guy and nothing really bothered him much. He was also always so supportive to you Sandy in whatever your dreams and goals were. You meant the world to him! Prayers are being sent this day. Wish i could be there to give you all Hugs. Know that we are thinking of you all with deepest sympathy. With love and prayers, Lisa and Erik , Michael, Katherine, Hannah and Mark Hagen
Comment Share
Share via:
DK

Posted May 29, 2020 at 10:19am
With our deepest sympathy to Sandy, Tony, Wendy and the girls. You are in our thoughts and prayers. Roger was a great guy and we were honored to know him and call him family for so many years. He accomplished so much in his life and he will be missed by so many. Love, Mike and Diane Kent
Comment Share
Share via:
SS

Posted May 28, 2020 at 04:15pm
With our deepest sympathy, from our staff and members at the Scholastic Action Shooting Program & Scholastic Clay Target Program. 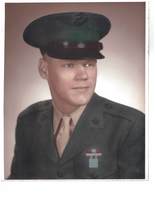