To share your memory on the wall of Ronald McCann, sign in using one of the following options:

Ron was reunited with his beloved son, Steve, in their heavenly home on March 2, 2020 at the age of 82. Preceded in death by his parents Bob and Irene McCann, father-in-law and mother-in-law Rudy and Billie Gas... Read More
Ronald A. McCann “Ron”

Ron was reunited with his beloved son, Steve, in their heavenly home on March 2, 2020 at the age of 82. Preceded in death by his parents Bob and Irene McCann, father-in-law and mother-in-law Rudy and Billie Gasper and his best pal and brother-in-law Jerry Gasper.

Ron was a gentle man and a gentleman. He was kind, compassionate and a man of integrity. His focus in life was faith, family and lovingly serving others. His faith formation began as an altar boy at St. Leo’s and continued throughout his life. He was always his children’s and grandchildren’s greatest supporter through every stage of their lives.

Ron graduated from Messmer High School class of 1955. He was retired from Allis Chalmers/ACGO Corporation after 46 years of service, where he was a laboratory technician in the agricultural engineering division. He was a member of the A-C Retiree Big Timers Club and the Knights of Columbus Caspar Rehrl Council 1964.

A Mass of Christian Burial will be held at 3:30pm on Monday March 9th at St Frances Cabrini Catholic Church (1025 S 7th Ave West Bend) with Fr Nathan Reesman presiding. Visitation will be at the church on Monday from 1:00pm until 3:15pm. Private entombment at Resurrection Cemetery in Mequon.

A special thank you to the Pavilion and MICU Physicians, RNs and staff at Froedtert Hospital, Wauwatosa, WI. Their care and compassion during this difficult time is greatly appreciated.

Masses are appreciated or memorial donations to the Pancreatic Cancer Action Network in memory of Steve McCann.

To send flowers to the family or plant a tree in memory of Ronald Anthony "Ron" McCann, please visit our Heartfelt Sympathies Store.

Receive notifications about information and event scheduling for Ronald

We encourage you to share your most beloved memories of Ronald here, so that the family and other loved ones can always see it. You can upload cherished photographs, or share your favorite stories, and can even comment on those shared by others.

Posted Mar 06, 2020 at 06:15pm
Maureen, The entire DM leadership team is praying for you and your family! Deepest Sympathy!

Posted Mar 04, 2020 at 11:45am
Wishing you peace to bring comfort, courage to face the days ahead and loving memories to forever hold in your hearts.

Your Mitel Family purchased the Bright and Beautiful Spray for the family of Ronald McCann. Send Flowers

Karen and Danny Coleman purchased flowers and planted a memorial tree for the family of Ronald McCann. Send Flowers

Posted Mar 03, 2020 at 06:05pm
As God welcomes Ron home, may God also extend His love to the McCann's with hopes of healing and comfort. I will miss you Uncle Ron. I love you all! 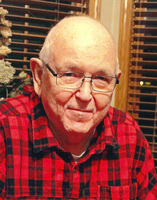