To share your memory on the wall of Thomas Wilson, sign in using one of the following options:

Thomas was born on December 19, 1938 to Howard and Anna (nee Sablovitch) Wilson in Mil... Read More
Thomas H. Wilson Sr. of Beaver Dam entered Eternal Peace at Randolph Rehabilitation and Health Center on Thursday July 25, 2019at the age of 80 years.

Thomas was born on December 19, 1938 to Howard and Anna (nee Sablovitch) Wilson in Milwaukee, Wisconsin where he was raised. He married the love of his life, Helen (nee VanOoyen) on January 11, 1964 in Milwaukee. The couple raised their family there until moving to West Bend in 1979. Thomas worked at Crest Converters until retirement. He enjoyed hunting and fishing in Antigo where they had a cabin. He also enjoyed going to the YMCA in Beaver Dam and going to the casinos.

Survivors of Thomas include his three sons, Thomas Jr. (Wendy) Wilson of Allenton, Rick Wilson of Hustisford, and Brian (Heather Clift) Wilson of Portland, Oregon and three grandchildren, Joshua, Bailey, and LoriJean. He is further survived by his three sisters, Esther, Kathy, and Audrey, many nieces, and nephews, other relatives and friends. Thomas is preceded in death by his wife Helen, his son Terry, Brother Robert, and Sisters Mary Ann, Dorothy (Dodo), Fran, Judy and Annette.

The family of Thomas would like to thank the staff at Randolph Rehabilitation and Health Center in Randolph, Wisconsin for their loving care of Dad.
Read Less

Posted Jul 31, 2019 at 05:43pm
Dear Wilson family: I met your dad after your mom died. I worked for Heartland Hospice at the time as the bereavement counselor. I facilitated a grief support group which Tom attended. During that time friendships developed from that group and continued after I left the area in 2006. He stayed in touch with one of the members of the group and would also call me once in awhile. In September of 2018, the three of us met and went out for lunch...it was such a delight seeing Tom and catching up on life. He had such a positive, uplifting attitude about life and getting joy out of doing what we loved. That will be my treasured memory of him. Am sure he is now at peace and enjoying your mom and “Lady”. God bless you folks as you walk this grief journey. Hang onto those special memories. Ann Platt
Comment Share
Share via: 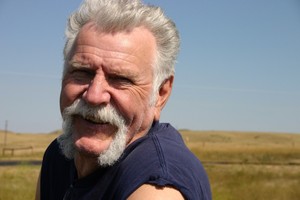 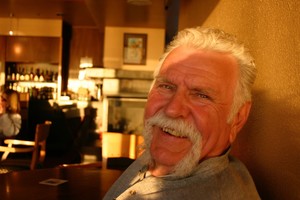 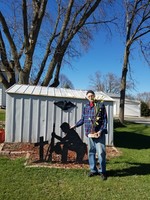