To share your memory on the wall of Joseph Bina, sign in using one of the following options:

He leaves behind a loving family: His wife, Bets, and children: Barb Morrison (Douglas), Michael (Mary Danielle Kegel) and Diane Vetter (James). He’ll be greatly missed by his beloved grandchildren Joey Bina, Kate Vetter, Emily Vetter and Mick Bina. The family of sister in law Delphine Overby of Wilton CT – as well as his Werner cousins and friends across the country - will fondly remember this old soldier. The entire family would like to thank the loving people and their skilled care with Joe at The Waterford of West Bend and Heartland Hospice.

An Honor Flight participant in 2011, Joe would be honored if you’d consider a donation to Honor Flight in lieu of flowers.

The Visitation will be held on November 11 from 10:00 AM until 11:15 AM at the Phillip Funeral Home of West Bend (1420 W Paradise Drive, West Bend). A Memorial Service will take place at the funeral home at 11:30 AM with Deacon Mark Jansen presiding. Military Honors follow.
Read Less

To send flowers to the family or plant a tree in memory of Joseph R. Bina Jr., please visit our Heartfelt Sympathies Store.

Receive notifications about information and event scheduling for Joseph

We encourage you to share your most beloved memories of Joseph here, so that the family and other loved ones can always see it. You can upload cherished photographs, or share your favorite stories, and can even comment on those shared by others.

Posted Oct 28, 2019 at 10:20am
For the Family of Joe Bina: I am Kay Boyle, his niece. His Mom and Dad were Arlene and Joe Bina.
Growing up, I always knew their presence. They were at our house for everything. We loved them very much. As Joe and my Dad, Ralph grew older, they started to work together. We saw their family a lot. I even remember babysitting for their three children, Barb, Diane and Michael. All was well.
Things were not easy at our house. There were challenges for our Family and for our Mom. Joe and Betty knew of these
challenges but tried not to interfere. They loved us from a distance.
After Dad, Judy and Mary died, both Betty and Joe moved forward a bit to care for us. They were kind and caring. They loved us as much as they could as they had their own families. Betty and Joe have always remembered us. Cared for us as they were able. We will never forget their love and their caring ways. Now as Joe is gone, I will continue to love and care for Betty as I can. She is not alone but surrounded by many friends and family. Thank you Betty. Thank you Joe We love you. Kay
Comment Share
Share via: 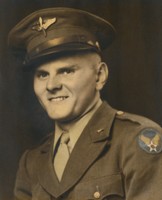